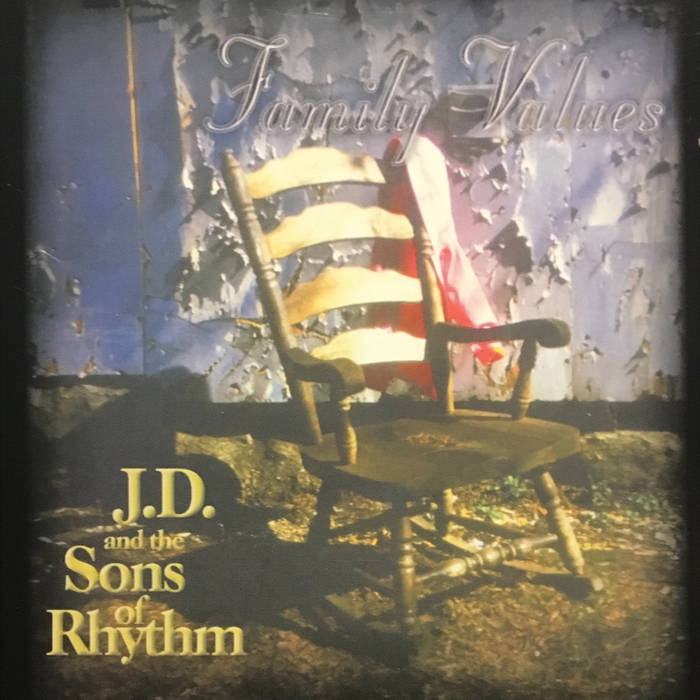 Beginning with Jammin' at Midtown, spontaneous music was the objective. To achieve this, experienced players were put on unfamiliar ground. They met new players, with hard-drive spinning and no charts to follow.

The objective was achieved in FAMILY VALUES, 15 tracks of music.

"Last year Jayson, Rickie, Keith and I got together with Sean and Dan of the Soul Crackers and invited them to come into the studio with us to jam for 2 days. Those sessions were released on the 'Jammin at Midtown' CD. Later we decided to do it again with various musicians. In every session most of the musicians never met let alone played together. There were no rehearsals, second takes or knowledge of any song structure other than the two songs with Julio. These sessions were products of improvisation, a high degree of creativity and technical expertise stirred by a huge degree of listening capacity and respect of each other. On a couple of songs you can hear someone yelling out a chord change, that's how immediate those sessions were. It was an honor and a pleasure for my family and I to work with such a great group of people coupled with great creative talents."

Poem by Jordan Hopkins
- from the cover

Long time drummer and entrepreneur JD Hopkins has put together his own all-star collection of local Erie musicians for this 2CD release. It seems that JD is out to prove that musical talent can be passed on genetically, as two of his sons (Jayson and Rickie) play drums on Family Values and his son-in-law (Keith Homerski) plays electric drums and co-engineered this release. Homerski also co-produced along with JD.

The music is jam based, somewhat funky and often jazzy in flavor. A couple of the tunes have a Spanish or Latin feel, while other pieces give a nod to Reggae. This release is the newest in a series of JD's jamming experiments at Midtown Recording. Every so often JD calls up all of the musicians he knows and invites them down to record. Later JD and engineer Randy Hetherington sift through the improvs and put together a cohesive whole.

For these sessions JD brought in a couple of ex-Erie area natives. First was Jim Norstrom from New York City on bass, and from New Orleans Tim Smith came in to add electric guitar. Some of you may remember that Nordstrom played with Erie's Stabilizers, both here in Erie as well as after they were signed to Columbia Records and moved to Los Angeles. Also, both Nordstrom and Smith worked with Trent Reznor in the Meadville based Option 30, before Reznor moved on to Cleveland and Nine Inch Nails.

Disc one of this set is a bit more jazzy in feel while disc two leans a little toward the spacier side. If you want to hear some of Erie's finest musicians jamming on extended instrumentals then Family Values is for you. Bravo to JD for taking the risk of just letting the music happen in the studio, and following wherever it might lead.
- J.Trevethan